Polystyrene is a type of plastic manufactured from non-renewable fossil fuels and synthetic chemicals into two main forms: 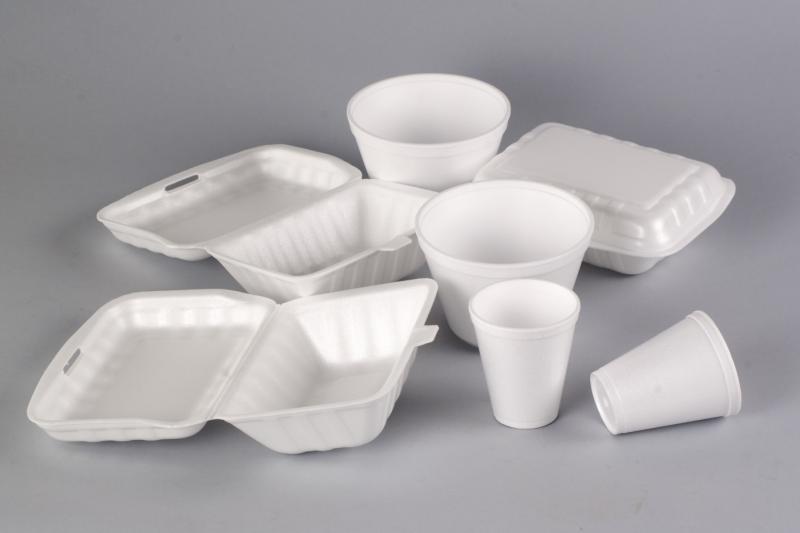 Styrofoam™ is a registered trademark of DuPont (formerly Dow Chemical Company)84 used for building insulation materials made from “extruded polystyrene” (XPS). Foodware (cups, plates, trays, etc.), which is made from EPS, is often mistakenly referred to as the brand name Styrofoam™. Dupont has spent a great deal of money keeping tabs on the high-profile misuses of the term and sending cease-and-desist letters. Keep this in mind when advocating for bans of EPS foodware and consider simply calling it foam foodware.

EPS foam foodware is very cheap to manufacture and cheap to buy for restaurants, but can wreak havoc on the marine environment:

Polystyrene foam litter on the beach in Huntington Beach, CA.

What can be done to help solve the problem of plastic foodware litter and pollution?

Check out this video from pro surfer Torrey Meister and Surfrider Foundation.

What are the alternatives to EPS foam and other disposable plastic foodware?