Hands Across the Sand

Hands Across the Sand is an international coordinated day of action to say ”Yes!” to clean energy and “No!” to offshore drilling.

Hands Across the Sand is a movement made of people of all walks of life and crosses political affiliations and the borders of the world. This movement is not about politics — it is about the protection of our coastal economies, oceans, marine wildlife and fisheries.


How It Got Started

In Florida on Saturday, February 13, 2010, a statewide gathering against near and offshore oil drilling occurred. 10,000 Floridians representing 60 towns and cities and over 90 beaches joined hands to protest the efforts by the Florida Legislature and the US Congress to lift the ban on oil drilling in the near and off shores of Florida. Florida’s Hands Across The Sand event was the largest gathering in the history of Florida united against expanding oil drilling into Florida’s waters. Events were held from Jacksonville to Miami Beach and Key West to Pensacola Beach. 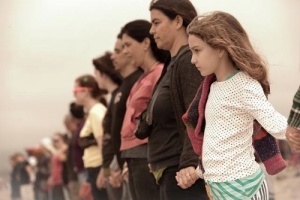 Hands Across the Sand Event in Santa Monica, CA

Annual Hands Across the Sand events have occurred every year since 2010.

To bring together like-minded individuals and organizations with the conviction to organize a Global movement to promote a clean energy future for our earth and end our dependence on dirty fuel sources. These gatherings will bring thousands of American and Global citizens to our beaches and cities and will draw metaphorical and actual lines in the sand; human lines in the sand against the threats Fossil Fuels pose to our present and future planet.

To convince our State Legislators, Governors, Congress and President Obama and World leaders to adopt policies encouraging the growth of clean and renewable energy sources in place of oil and coal.