A tidal bore is a phenomenon in which the leading edge of the incoming tide forms a wave (or waves) of water that travels up a river or narrow bay against the direction of the river or bay's current.

Bores occur in relatively few locations worldwide, usually in areas with a large tidal range (typically more than 6 meters (20 ft) between high and low water) and where incoming tides are funneled into a shallow, narrowing river or lake via a broad bay. The funnel-like shape not only increases the tidal range, but it can also decrease the duration of the flood (incoming) tide, down to a point where the flood appears as a sudden increase in the water level.

A tidal bore may take on various forms, ranging from a single breaking wavefront with a roller — somewhat like a hydraulic jump — to "undular bores", comprising a smooth wavefront followed by a train of secondary waves (whelps). Large bores can be particularly unsafe for shipping but also present opportunities for river surfing.

Two key features of a tidal bore are the intense turbulence and mixing generated during the bore propagation, as well as its rumbling noise. A tidal bore creates a powerful roar that combines the sounds caused by the turbulence in the bore front and whelps, entrained air bubbles in the bore roller, sediment erosion beneath the bore front and of the banks, scouring of shoals and bars, and impacts on obstacles.

Below are some videos of surfing tidal bores in Sumatra, Indonesia (the "Bono"); in Haining Province, China; in Amapa State, Brazil; and even the Ganges River in India.

This one is a 28-minute video of the "Bono" with some ocean surfing at the start. Tidal bore surfing starts at about 10:45.

Here is a photo of 3 surfers riding a tidal bore at Turnagain Arm, Alaska. 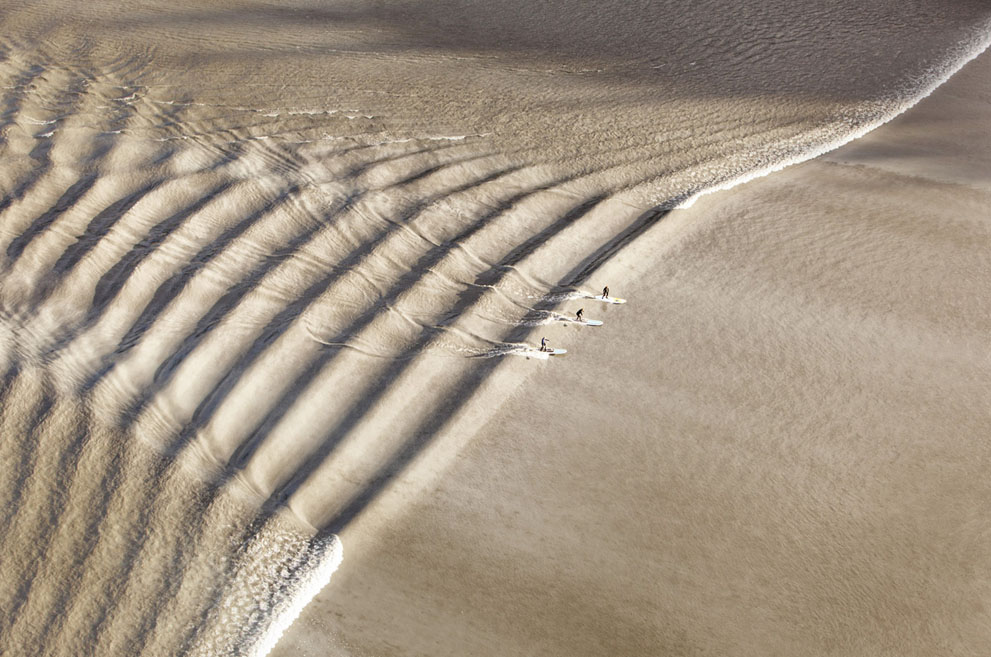 Tidal Bore Surfing Anyone? – The Top 5 Most Amazing Tidal Bores