The Department of Commerce, Justice and State Appropriations Act of 2002 directed the Secretary of Commerce to establish a Coastal and Estuarine Land Conservation Program (CELCP) “for the purpose of protecting important coastal and estuarine areas that have significant conservation, recreation, ecological, historical or aesthetic values, or that are threatened by conversion from their natural or recreational state to other uses.” CELCP gives priority to lands that can be effectively managed and protected and that have significant ecological value. Each coastal state that submits grant applications under CELCP must develop an OCRM-approved CELCP Plan. An assessment of priority land conservation needs and clear guidance for nominating and selecting land conservation projects within the state must be included in each CELCP Plan.

Indiana's Lake Michigan Coastal Program (LMCP) has initiated development of Indiana’s CELCP Plan. The first phase of the process employed the technical expertise of Indiana University and the Indiana Biodiversity Initiative (IBI), a diverse group of natural resource and conservation biology managers and researchers. IBI’s goal is to develop a common framework for conservation land-use planning in Indiana. The initiative began with: (1) plant species and community information from the Indiana Heritage Database; (2) a map of Indiana’s general land cover; (3) the National Wetlands Inventory of Indiana’s wetlands; and (4) a map of areas protected for conservation. IBI used the maps and spatial optimizing software to identify areas with the highest concentration of desirable characteristics, such as numbers of rare species, availability of high-quality habitats, or large blocks of more common habitats.

The second phase combined areas of high plant conservation potential with a map of existing conservation areas as a starting point for identifying lands that offer the best protection for animals. The initiative selected six to nine “umbrella species” for each region and modeled their habitat needs. The animal modeling program gave preference to protected areas and plant conservation areas in order to minimize the extent of land involved and to cluster habitat blocks.

The IBI’s final product for any given natural region is a map identifying square kilometer blocks that best meet the plant and animal conservation criteria. The initiative provides users with the final map as well as a wide range of auxiliary maps, color orthophotos, and appropriate U.S. Geological Survey 1:100,000 maps. A “conservation features” layer allows users to click on map cells and learn which animal species select the cell, how much area is available in habitat types within the cell, and how many plants or high-quality plant communities have been identified in the cell.

Collaboration with the IBI has been a major asset to LMCP in its efforts to develop Indiana’s CELCP Plan. LMCP and its partners made significant progress on the plan during the review period. To complete development of Indiana’s CELCP Plan, LMCP and its partners will: (1) incorporate additional data layers into priority areas; (2) finalize the planning map; (3) develop a CELCP project nomination process; and (4) present the CELCP Plan for public review and comment. LMCP will then submit the plan to OCRM for review and approval.

Some coastal areas are particularly significant or have special conditions that warrant increased attention. These areas are distinguished by either their unique coastal-related qualities or the intense competition for the use of their resources. The LMCP allows the designation of coastal areas of significance as either Areas of Particular Concern or Areas for Preservation and Restoration.

History of Indiana Dunes from Encyclopedia of Chicago

The Indiana Dunes are among the most significant landscapes in America. A remnant of their former glory, they survive as a jigsaw-shaped landscape of beaches, dunes, and wetlands largely preserved within the 2,182-acre Indiana Dunes State Park and the 15,139-acre Indiana Dunes National Lakeshore. What we now refer to as “the Indiana Dunes” were at one time part of an unbroken panorama of beach, dune, and wetland rimming the southern shores of Lake Michigan. Hunting, trapping, and logging depleted the Dunes of fur-bearers in the 1820s and of virgin oak and pine during the 1830s and '40s. The urban and industrial expansion of Chicago following the Civil War established the checkered pattern of factories abutting pristine natural settings that characterizes the Indiana Dunes today.


The Indiana Dunes are known as the “birthplace of ecology” in America because in 1899 University of Chicago botanist Henry C. Cowles published his classic paper on plant succession on the basis of field studies here. Many of Cowles's students and colleagues, such as Victor Shelford, Warder Clyde Allee, and Paul Sears, also did original research in the dunes, and became leaders of the new science of ecology.

For over a century “the dunes” have provided outdoor recreational opportunities for the Chicago metropolitan region, and inspiration to Chicago-area poets, literary naturalists, artists, landscape architects, and even playwrights, among them Carl Sandburg, Edwin Way Teale, Donald Culross Peattie, Frank Dudley, Jens Jensen, and Thomas Wood Stevens (whose 1917 dunes pageant played to an audience of 25,000).

The protracted battle to preserve the Indiana Dunes pitted several generations of socially conscious citizen environmentalists, with roots in Chicago and Gary settlement houses, against a powerful coalition of economic and political interests intent on industrializing the remaining Indiana shoreline. Chicago reformers associated with the settlement house movement initiated early attempts at Dunes preservation, culminating in the establishment of the Indiana Dunes State Park in 1923. In late 1966, Congress authorized establishment of the Indiana Dunes National Lakeshore, one of the nation's first urban parks, after a protracted lobbying campaign pitting industrial giants against a coalition of conservation groups led by the Save the Dunes Council. Senator Paul Douglas of Illinois challenged Indiana's congressional representatives by supporting the park. Although compromised by Bethlehem Steel Corporation's preemptive leveling of centrally located high dunes, the establishment of the park represented a symbolic victory for Midwestern progressivism and the ideal of social democracy. At the dawn of the twenty-first century, industrial pollution and urban sprawl continued to threaten the Indiana Dunes.

The Indiana DNR Lake Michigan Coastal Program (LMCP) has a poster, Ecosystems of the Indiana Coastal Region. The poster illustrates the various types of ecosystems in the Lake Michigan area, including prairie, forest, marsh, bog/fen, savanna, swamp, dune/swale, river and dunes. Each ecosystem has its own illustration, along with remarkable plants in the area. The poster is available at Indiana Dunes State Park nature center, the LMCP Dunes Annex Office at Indiana Dunes State Park, the DNR Michigan City office, and the DNR Customer Service Center in Indianapolis. 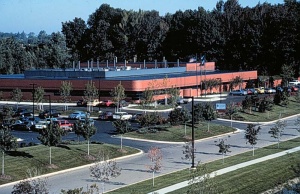 The Great Lakes Environmental Assessment and Mapping Project (GLEAM) evaluates multiple stressors affecting the Great Lakes ecosystem. GLEAM merges spatial data layers representing all major categories of stressors to the Great Lakes, ranging from climate change and land-based pollution to invasive species, into a single map of cumulative stress. The synthesis of this information into a single map enhances our ability to manage and restore the Great Lakes ecosystem. The final map can be used to assess stressor impacts at locations with significant human benefits and to evaluate conservation and restoration opportunities.